We are proud to announce the February’17 edition of the PD map. New content featured in this release is highlighted below.

We’ve included 60 new articles into the PD map, you can click here to see them in the map (it takes a couple of seconds to load). One focus was on the transcription factor EB (TFEB) which is a key player in regulation of genes involved in lysosome homeostasis and autophagy. We specified regulation, elaborated the TF complex and its downstream gene batteries enriched in the neuron. In addition, we added TFEB to microglia and astrocyte. Based on our literature search there might be differences between the cell types e.g., regulation of TFEB by SIRT1 in microglia and induction of TREM2 gene in astrocytes. There is room for further curation.

Also, we enriched the mechanisms of MTOR and AKT signaling. We emphasized the cross-talk between these two pathways, and the role of the lysosomal V-ATPase and GATOR in the regulation of MTOR complex activity via attachment to the lysosome.

Finally, GBA-SNCA axis was updated. Now the map contains the ER-stress related mechanisms of GBA mutants and the SCARB2 mediated transport of GBA to the lysosome. In particular, the bidirectional pathogenic loop where GBA deficiency leads to accumulation of α-synuclein in the lysosome which in turn lead to the inhibition of GBA transport to the lysosome is now displayed in more detail.

Recently, another map of molecular interactions was published – the Recon Map. It is a visualization of the complex metabolic pathways modeled in the Recon 2 project. We cross-linked both resources, and now you can search the PD map using Recon identifiers, and find them in the corresponding database – the description contains a hyperlink that takes you directly to the Recon resource. Similarly, respective entries in the Recon database point to the PD map. The figure below shows Recon metabolites cross-linked in the PD map (you can also see them in the map). We hope this will help us to understand better the context of molecular dysfunction in PD. 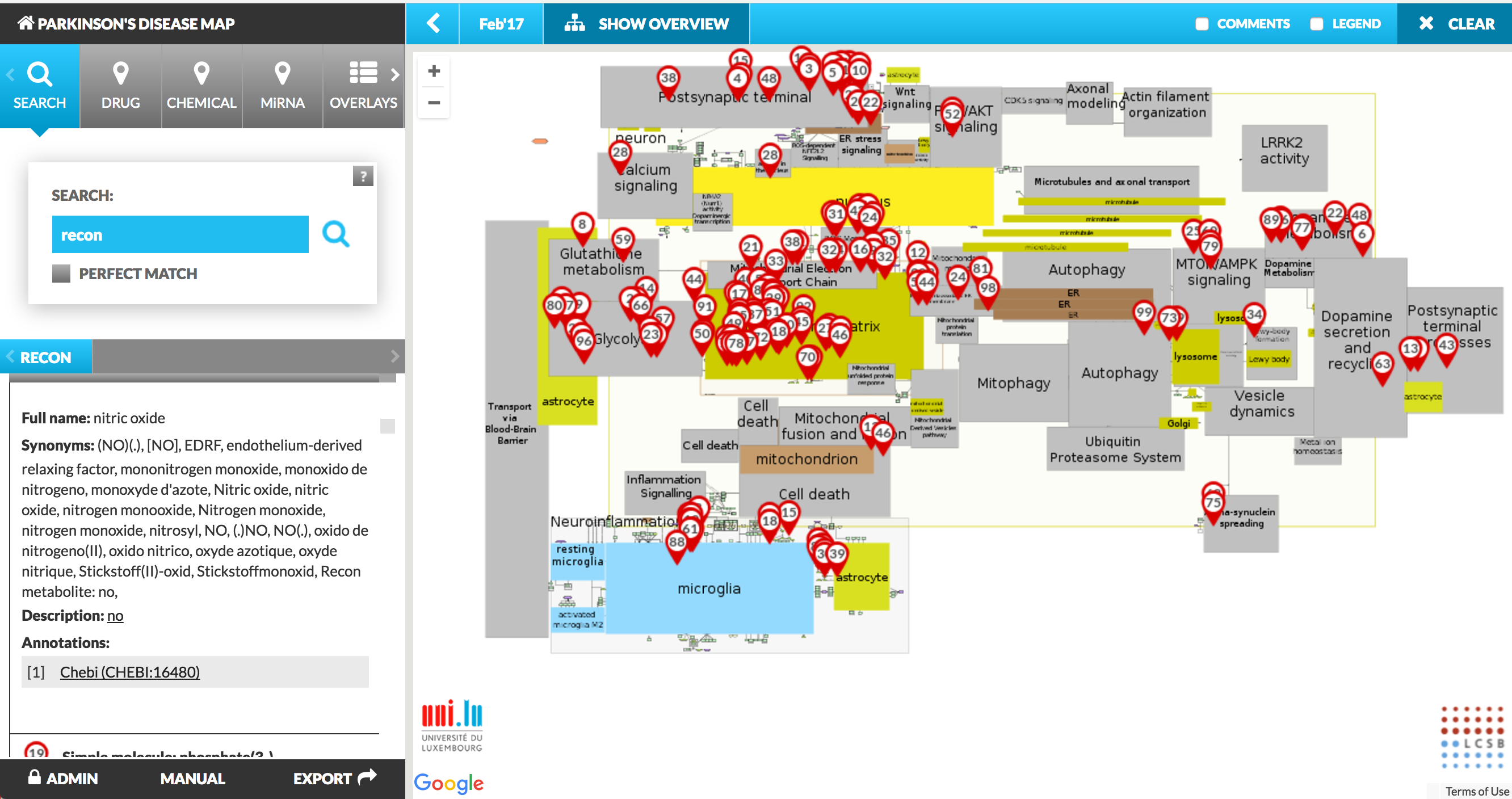 As always, we are grateful to the users providing us with valuable feedback. Thank you!